We know I’ve been struggling with motivation for anything recently. It’s been hard, you can read about it in my last couple of posts. But things are starting to look up a little bit just now.

I think what happened was we had a busy weekend. A weekend seeing people that a couple of months ago was a no go. Since March we’ve struggled to see friends and family. We’re social animals, even if you don’t like people, we as humans crave social interaction. At times like this, we need to embrace what and who we have around us.

This weekend started on Friday when I took a day off from work. We’d planned a few weeks ago to go and see some friends over in Sutton on Sea while they were on their holidays in the caravan. The plan was the beach, ice cream and then tea in Skegness. What could go wrong?

I was upbeat about Friday coming up to it. Seeing some friends we’ve struggled see due to COVID was a welcomed change. Going to the beach was a welcomed change too, even if I hate the sand. The weather was brilliant. I didn’t know what to expect on the beach with it being red hot, but to my surprise, there was LOADS of room on there. It wasn’t packed, it was just nice. People kept their distance and we had fun with the kids.

After a few hours on the beach, we headed to a nearby Ice Cream Farm for much needed cold substance. The kids got to play for a little bit on the climbing frames etc they had there. If anyone is near Sutton on Sea – you need to visit Farmers Browns Ice Cream. It’s just south of the town on the A52. The Ice Cream there was awesome, especially in the 31 deg Celcius heat.

We then headed to Skegness for some fish and chips for tea. You can’t beat fish and chips at the coast, it’s so much better than near home. We expected it to be fairly quiet, it was getting on for 6 pm. But when we got there, it was rammed! no social distancing down the main stretch along the coast or anything. It was madness, especially giving the current pandemic we’re still enduring.

We didn’t hang around in the mix of everything. We parked up further up the road, headed to the restaurant we’d already planned on eating in, ate tea then left and headed home. There was no way I was walking up or down the main stretch in that crowd! Friday really got me feeling good. I think the fact I was away from home for a but really helped along with the great company.

Saturday was a little more laid back than Friday. The main thing though was I went to see my grandparents with my youngest. Before the pandemic, we’d see them every week, sometimes twice a week. That’s not been happening due to shielding rules. But now they’re less restricted, we can safely see them again.

I took my youngest with me and we walked the 1.3 miles there (again in red hot heat – though only 22 deg Celcius this time). As soon as we got there, it wasn’t like he’d not seen them for a while. He literally walked in said hello and helped himself to ice cream (perks of grandparents ha!) Seeing them play with him for an hour was brilliant. You can tell they’ve missed us, but I really didn’t really realise how much I’ve missed popping round every week.

After our walk back, we had some friend from the other side of our cul-de-sac over for takeaway. We had a good evening talking about anything and everything. Again, being able to spend a good time with people was a great feeling, especially with those you miss.

Sunday arrived and I’d already planned to meet a couple of friends for a bike ride. I’ve only been out riding with these guys once before, so it’s still new to me – riding with others. But you cannot beat the company on a ride. If you have great company you’re going to enjoy the time and the ride.

We planned the ride to be along the canal, off the road and on the gravel. This was a great decision! We were able to ride and chat at the same time. The pace was leisurely and allowed us to just enjoy the time rather than fight with cars etc. We’d originally planned a 40-mile trip from Chesterfield to Clumber Park but instead opted for a few trips around Rother Valley making the round trip 20-miles.

The bike ride was just awesome. No pressure of cars with close passes or potholes to try and avoid. Riding the trails was so much comfier than riding the road. It also wasn’t too hot, it was a mild 14 deg Celcius and overcast, a great temperature to cycle in. After the ride I was treated to coffee and cake – this is the best part of riding a bike. Nothing rewards burning some calories better than cake.

After the cake, I headed home and I then headed out with the kids – to Clumber Park where we were originally riding too. We’re National Trust members so we’re able to book a slot online as they’re restricting numbers on site. We sniffed out the ice cream parlour on-site and had another huge ice cream, only this one wasn’t as nice as the one at Sutton on Sea. It was still welcomed since the sun had finally appeared and the temperature rose again.

I just go to show that a weekend can easily turn around how you’re feeling. I’ve gone from feeling demotivated and down, to feel I want to do something again now. Being around good people also helps. If they have a positive vibe it rubs off.

This site uses Akismet to reduce spam. Learn how your comment data is processed. 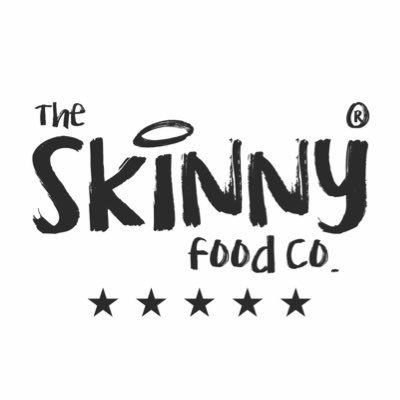